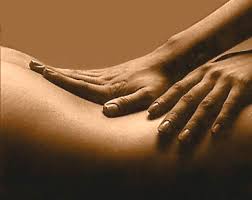 I was doing house calls and a man met me at the door in a bathrobe and a beer in hand! I had to explain that I was a massage therapist and that I was there only to give a massage. I asked if he would mind dispensing with the beer and putting on a pair of briefs. Then I introduced him to my 12-year-old son who was with me to help carry my equipment. The man was actually very pleased and welcomed me in for the massage and, in the end, he said it was the best massage he had ever had, and that not having to worry about what HE had to do after the massage made a world of difference in his relaxation.

If you were confronted with the same situation again, how might you handle things differently?

I would do the same thing. If the man had refused to put away the beer, which he had just opened, or put on the briefs I would have apologized for the inconvenience and left.

The best way to stay safe is by taking preemptive steps:

Too many massage therapists going to a house call session have been, at the very least, surprised by the expectations of a new client and, at worst, been assaulted or even killed, simply by not taking safety precautions.